Early Thursday morning, a 6.5 magnitude earthquake struck in the Pacific Ocean, off the coast of Northern California. The Pacific Tsunami Warning Center said in a statement there was no threat of a tsunami. The epicenter of the quake was about 100 miles west of Ferndale, which is in the northern part of the state near Eureka. Back in 2011, a tsunami triggered by an earthquake in Japan did some serious damage to the Santa Cruz Harbor. On that date, a large surge came through the Santa Cruz harbor and sent dozens of boats, some as big as 40-feet long, turning onto their sides and slamming into other boats that were tied up at nearby slips. Several boats sank as a result. Tsunamis are a pretty serious threat to Santa Cruz when a moderate to large earthquake hits off the coast in the Pacific. I actually live in the “tsunami inundation zone”.

In seemingly true Santa Cruz fashion, a transient man was found dead early Saturday morning near the clock tower on Pacific Avenue by a member of the downtown Rangers. This happened right as the city was preparing Pacific Avenue for the Holiday Parade, which began around 10AM at the other end of Pacific and ended at the clock tower. I wouldn’t be surprised if the cause of death turned out to be some health related issue (heart attack, “natural causes”) but it was pretty freaking cold that morning and I wouldn’t be surprised if “exposure” played a big part in his death here. I kind of doubt you’ll hear much about this in the mainstream media. It’s a terrible look for the city for one thing. “Homeless Man Dies of Exposure Before Downtown Holiday Parade” isn’t what the city wants to see at the top of the Senile. The deceased was apparently a transient, and a serial recidivist as well. I know his name but I’m not going to report it here out of respect for his family and friends. But I will say he has 29 appearances on santacruzmugshots.com. That’s since 2014. To say he’s well known to law enforcement, the local judges, the district attorney and his staff, and many others is an understatement. They don’t just know him. He’s been a burden on the system for years, because the COUNTY can’t figure out (or prioritize) how to deal with homeless people suffering from chronic mental illness, as well as drug and alcohol addiction. I’ve said it before. The “COUNTY method” here is to just shuttle them back and forth between the jail and the street. This guy just validates what I said. How’s that “multi agency” downtown recidivism program working for this guy? The former Bob Lee, whatever it’s called now program designed to get serial recidivists off Pacific Avenue and downtown. How’s it helping Mr. 29 mugshots here? I’d say it isn’t. He’s dead. The county is responsible for social services, COUNTY health services, all of the local, redundant, social service non-profits whose mission is to help people like this guy. Where are they? They failed this guy, but the city will get blamed for it here.

Man Evades Police By Wading Out into the San Lorenzo River

Monday afternoon, SCPD apparently approached a transient male along the river levee who didn’t want to be questioned or bothered by them. He was so adamant about this, he decided to take a half naked stroll out into the San Lorenzo river while chiding SCPD to follow him into the river if they really wanted him. He hung out in the water for awhile, no shirt but apparently he was wearing pants. He had to be hypothermic, in addition to being bat shit crazy to walk out into the river with no shirt on and yell and scream tin foil hat nonsense at people trying to help him. Another daily example of the county’s lack of mental facility options at work. It’s just a non stop shuffle between jail and the street for guys like this. How does that really benefit anyone here?

Here’s a bit of video:

The Federal Railroad Administration is considering enforcement action against the Santa Cruz & Monterey Bay Railway, operators of  The Polar Express Ride, after finding nearly 6 miles of track in disrepair along paths used by the trains. It forced the immediate suspension of all holiday tours until at least Dec. 10. About 2,000 rides were refunded or had to be rescheduled. The railroad is responsible for maintaining tracks and performing inspections based on federal safety standards. A Federal Railroad Administration spokeswoman said the track did not meet the regulatory agency’s safety standards for passenger trains. The train is operated by Chicago-based Iowa Pacific Holdings, which also operates in Canada. The holiday train ride leaves the Santa Cruz Boardwalk and heads to Capitola to a set resembling the North Pole. A Federal Railroad Administration spokesman said the tours can resume once the safety standards are met.

SCPD now has new treatment options when dealing with drug overdose victims, thanks to Janus of Santa Cruz. Janus is behind the funding for this new pilot program project, aimed at better dealing with medical emergencies involving drug overdose victims. The new program provides SCPD with a new nasal spray used to help provide emergency respiratory relief to drug overdose victims, allowing more time for emergency first responders to arrive and transport and potentially saving lives, as often SCPD are the “real” first responders. While I’m not a big fan of the “optics” here (having so many overdoses in the community we need this) but the reality dictates what we need, not the optics. More from KSBW.

SCPD was chasing a male driver on Friday night around 9:30PM who failed to yield, when they lost him in the pursuit. Another caller reported seeing a matching vehicle driving recklessly on Morrissey headed for Highway 1. The car was a 1990 (or similar year) tan Toyota Camry. Most likely stolen. Probably with some damage as it apparently hit another car while being chased.

In another story worthy of the Onion, local protesters apparently shut down the Bank of America on the corner of River and Water streets last week. I guess they were protesting the pipeline in North Dakota (it’s only about 1600 miles away but hey, we need to scratch that itch and protest something!) and somehow decided to correlate that with the local Bank of America (as the employees of Wells Fargo and Comerica a block away threw a collective side eye of shade and relief). I count 13 people in this photo, and they all look pretty harmless. I’ve waited in longer lines INSIDE of the Bank of America, so I’m not sure why the bank itself was so upset they decided to close for the day. I’m SURE they didn’t want them coming inside the building. That would be one squat they didn’t want to deal with. I think it was more the bank’s way of telling them to piss off. People could still use the ATM outside. They were just having none of the usual nonsense here.

Multiple calls came in Friday night around 9:45PM that 3 subjects, including a bouncer, were physically fighting in front of the restaurant. Sounded like a white male and female fighting with the bouncer. Drunks fighting with a bouncer. Dine and dash? Another Friday night downtown. SCPD had multiple officers downtown looking for the guy and still couldn’t find them.

Free Admission This Weekend at Monterey Aquarium for Locals

This weekend, the Monterey Aquarium is offering free admission to locals from Santa Cruz! FREE ADMISSION for locals (Santa Cruz, Monterey and San Benito counties) through this Sunday, December 11th at the Monterey Bay Aquarium. Just bring your photo ID for proof of residency. More on this story from KION.

Love is All Around 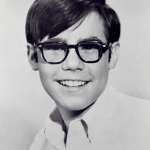 The GS Warriors had a pretty solid week. First they routed the Suns 138-109. Curry had 31 points, Klay had 26 and Durant added 20. Then they routed Indiana 142-106, in which Klay Thompson again showed why the Warriors turned down Kevin Love for him by scoring 60 points in 29 minutes! Then they flew to LA to take on the Clippers and beat them 115-98. They just own the Clippers.  They’ve beaten them the last 7 straight times they’ve met. Then they flew to Utah to take on the Jazz, and beat them 106-99, with Curry scoring 26 and Durant adding another 21. They are just firing on all cylinders right now. And it’s obvious that Durant is enjoying the hell out of himself here. He’s having the time of his life playing with these guys, and they are bringing out the best in him as well. 4 games this week, 4 wins this week.

Santa Cruz Warriors:
The Santa Cruz Warriors travelled to the frozen reaches of Maine to take on the Red Claws but lost 115-106. Scott Wood had 26 for the Warriors, with Phil Pressey adding 20 points. GS Warriors first round draft pick Damian jones played a rehab game and pulled down a team high 12 rebounds. They next took on the Delaware 87ers, and finally broke their losing streak by beating them 116-102. Phil Pressey lad the Warriors with 21 points, and Elgin Cook added another 20. It’s been a tough season so far for the Warriors. They’re at 3-7 after 10 games.

I recently signed on with Medium to help spread the word about the Weekly Dump to a broader audience. Medium is what I’d describe as a “self publishing platform”, where people that like to tell stories post their stories and people that like to read stories go there to read them. Think of it as something like an early version of the Huffington Post. I’d love to get more visibility over there, which means I need “friends of the Dump” to like me up and share my posts over there. Check it out if you have a minute and show me some love!

I can’t say this enough, but thanks to all of you for reading, sharing, and mostly digging the Weekly Dump. We’ve definitely hit a nerve here locally. That’s a good thing. So I have a small, simple request from everyone here. If you like the Weekly Dump, tell one friend about it who you might think would enjoy it each Friday. If you’re a subscriber (and get the Dump delivered each week by email), just forward it to a friend. A friends list is even better! And if you just happen to be a casual drop in reader each week, please share a link with someone you think would enjoy the Dump each week. We can exponentially take this to another level and change the narrative in this town. But I need your help to do it. Thanks and keep reading!